CONTACT US
We've been helping Kiwis to
buy cars for 20 years!

Buying a car online should be a great experience where
you feel safe, have great tools and no hassles.

We know that 99% of car research happens online. We also know that if they could, most people would complete their purchase online. Welcome to Autoport! We work hard to bring you all the tools you need to buy online. Finance, sell you car, insurance and a 5 day money back guarantee. We're not here to sell you a car, we're here to help you buy one. See below about what we've done and where we've come from.
{{aboutc.showStepList.length === aboutc.stepsCount ? "Hide" : "Show"}} All 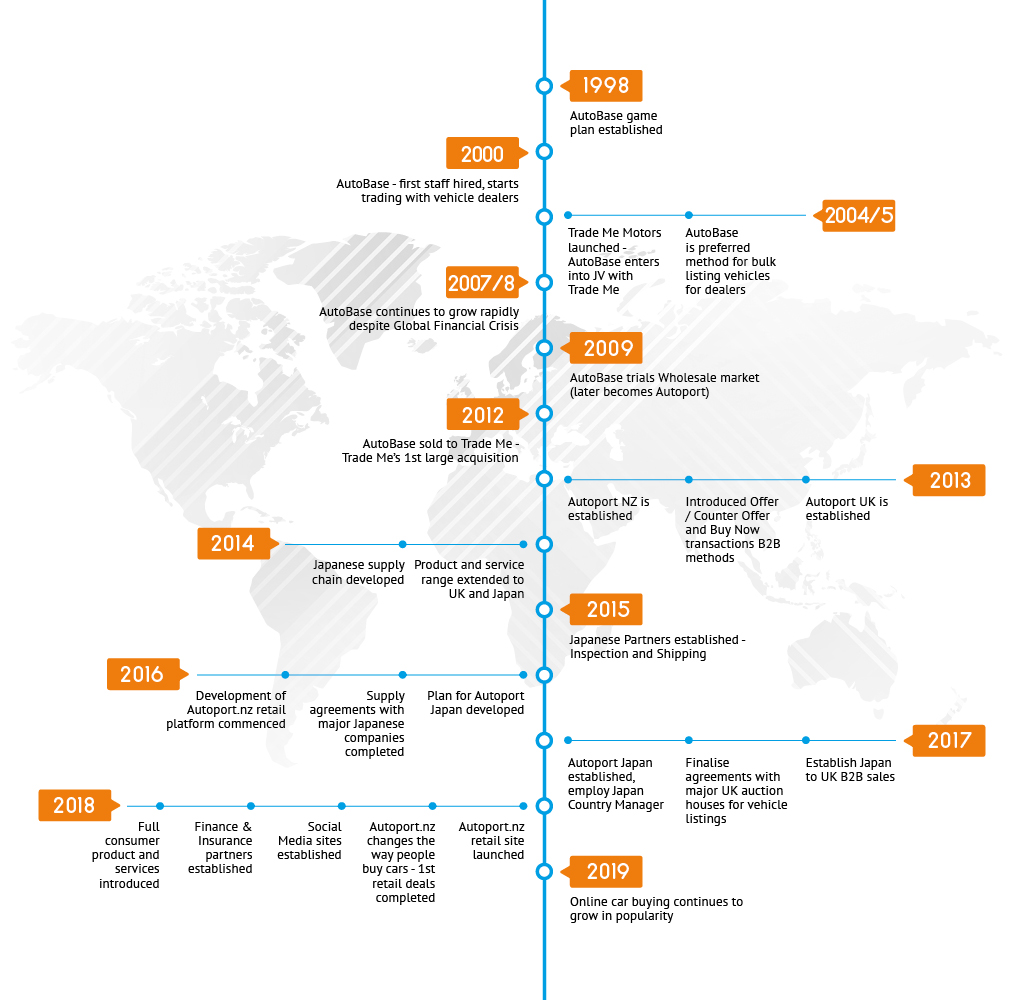